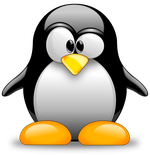 What leads to classically recognized patterns of biodiversity remains an open and contested question. It remains unknown if observed patterns are generated by biological or non-biological mechanisms, or if we should expect the patterns to emerge in non-biological systems.

Here, we employ analogies between GNU/Linux operating systems (distros), a non-biological system, and biodiversity, and we look for a number of well-established ecological and evolutionary patterns in the Linux universe. We demonstrate that patterns of the Linux universe generally match macroecological patterns. Particularly, Linux distro commonness and rarity follow a skewed distribution with a clear excess of rare distros, we observed a power law mean-variance scaling of temporal fluctuation, but there is only a weak relationship between niche breadth (number of software packages) and commonness. The diversity in the Linux universe also follows general macroevolutionary patterns: the number of phylogenetic lineages increases linearly through time, with clear per-species diversification and extinction slowdowns, something that has been indirectly estimated, but not directly observed in biology. Moreover, the composition of functional traits (software packages) exhibits significant phylogenetic signal.

The emergence of macroecological patterns across Linux suggests that the patterns are produced independently of system identity, which points to the possibility of non-biological drivers of fundamental biodiversity patterns. At the same time, our study provides a step towards using Linux as a model system for exploring macroecological and macroevolutionary patterns.